A Globalizing Path of Nature Spirituality

Mythic images of moonlit oak forests, and sickle-wielding, white-robed sages abound, but is there really such a thing as a modern-day Druid? If so, what do modern-day Druids believe? What are their religious and spiritual practices? How do their beliefs and practices vary across countries, cultures, and regional landscapes? What, if anything, do the Druids of the world have in common?

Easy to read, and richly illustrated with hundreds of direct quotations from practicing Druids around the world, World Druidry presents the findings of the World Druidry Survey of 2018-2020, the first rigorous, sociological study of contemporary Druidry as an international religious tradition. What does it really mean to be a Druid, circa 2020 c.e.? Read, and learn: 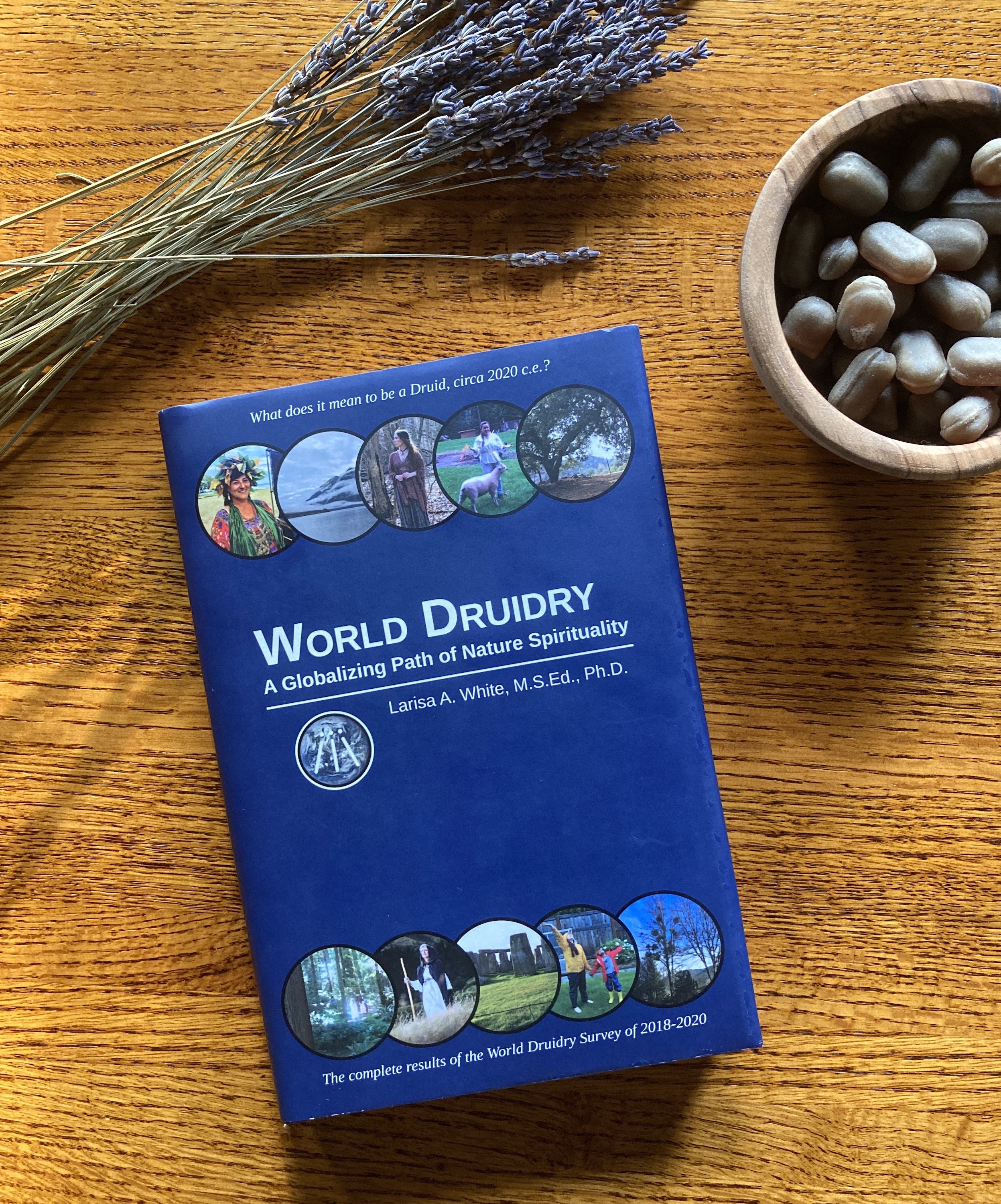 Praise for the Book

"If anybody wants to know what modern Druidry is like, across the world at the present day, then this is the book which provides the answer. It is researched to rigorous standards of academic scholarship, while also allowing Druids to speak in their own many voices, unmediated. No other work brings out so clearly what they have in common, and what distinguishes them between groups and nations. It is an excellent achievement."

— Ronald Hutton
Professor of Divinity, Gresham College
Professor of History, University of Bristol
Author of "Blood and Mistletoe: The History of the Druids in Britain"

"World Druidry offers a fascinating and unrivalled survey of contemporary Druidry internationally. It is enlightening about attitudes and activities, clarifies dynamic frictions between individuality and community, and traces generational changes. Among many virtues, its inclusion of the many voices of diverse Druids will make this an invaluable resource for researchers and practitioners alike."

"If you’ve ever wondered what modern Druids believe and what they get up to inspired by their beliefs, then this book is a must for you. It had already created quite a buzz in the Druid community prior to its publication and it not only lives up to expectations but exceeds them. [...] Nothing like it has been attempted before and it will undoubtedly stand as a definitive work for years to come, informing current researchers and hopefully inspiring further research on its subject as well as providing unprecedented insights for the general reader. [...] A final thing to commend the book is simply its look and feel. The hardback is a thing of genuine beauty. The attractive, dark blue dust jacket is printed on a high quality paper that feels like velvet while the book inside is fully cloth-bound in a matching shade of blue. It’s a joy to handle, the text clear and readable, the photographs well-chosen and clearly reproduced. In bringing together such a wealth of information and presenting it with such crystal clarity, Larisa A. White has done a great service to the Druid community [...] I therefore wholeheartedly and unreservedly recommend this unique and fascinating book." (Read the full review.)

"Fascinating Research. Here we have the first worldwide survey of Druidry as a contemporary spirituality followed by thousands of people on all continents. Larisa White's detailed analysis of her survey, which was completed by 725 in six languages from 34 countries, offers a fascinating insight into a spiritual, and for some, religious approach that is set to become increasingly significant as we struggle to preserve the ecological integrity of the Earth. Highly recommended!"

— Philip Carr-Gomm
Chosen Chief of the Order of Bards, Ovates, and Druids (emeritus)

"Whatever the future holds for humankind, it will be the same future for all in Nature. This book explains how ordinary people with new perspectives are both caring for and working with Nature and all its denizens as we live our lives and face that future together. When you read this book, you will find not just a new way of thinking, living and believing but also true hope. For us and for all in the Natural World. I cannot recommend this outstanding book too highly." (Read the full review.)

— Malcolm Brown
A Reader on the Isle of Wight

"This is a fantastic resource showing the diversity of views and practices among Druids today. Larisa White’s World Druidry survey has found Druids engaging with their environments in Europe, the US, Australia, South America and in many other locations with some surprising commonalities as well as differences. This volume is invaluable for anyone interested in finding out more about contemporary Druids."

— Heather Mc Erlean
A Reader in the United States

"What makes this a joy to read are the writings chosen from the personal testimonies of the hundreds of practising Druids from around the world that supplemented their answers. Some are quite stark, others have a lyrical quality, but all are deeply felt, sincere and refreshingly without any hint of the evangelism that pervades other religious writings." (Read the full review.)

— Jon Grundy
A Reader in England

"I highly recommend this book to anyone who wants to know more about today’s Druids: who they are, what they believe, and what they practice. Anyone who is considering taking up a form of Druid practice will also find this book of value. It fleshes out the bare-bones information available on the websites of Druid groups with rich tales about what today’s Druids actually believe and do. [...] It is the best description of contemporary Druid practice available. Finally, I strongly recommend the book to theologians as a contribution to contemporary religious theologies outside of the major world religions." (Read the full review.)

— Claire L. Schlosser
Archdruid of Water for the Ancient Order of Druids in America

"With this book, the written history of Druidry has now entered a fourth stage. The first stage were the writings of antiquity. The second, the personal writings of the Druid pioneers of the late 20th / early 21st Century such as Carr-Gomm, Shallcrass and Restall-Orr. The third, the academic histories of the Druids as revealed by the likes of Hutton et al. Now we have a book which, for me, is probably the most important Druid book in the last 10 years."

On October 17, 2021, for the first time in history, two Druids (Dr. Larisa A. White & Mr. Neil Pitchford) were invited to speak at the Parliament of the World's Religions about contemporary World Druidry. Their presentation, "Cultivating Honorable Relationships with the World: Lessons from the ‘Scriptures’ of Druidry," shared some key findings from the World Druidry book, to help debunk the popular myths and widely-circulated misinformation about modern Druids' religious beliefs and spiritual practices. If you want a taste of what 21st Century Druidry is really all about, this 42-minute video will get you started. 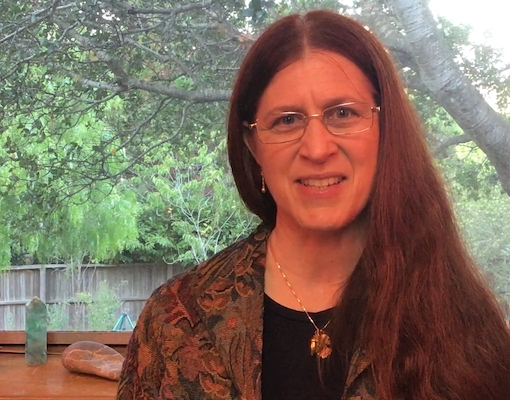 These PDF survey forms, which were originally used for the World Druidry Survey of 2018-2020,
are free to download for use in Druidic self-study, or in academic research.